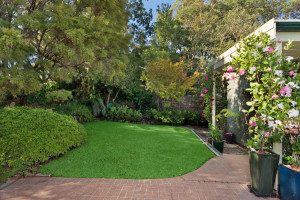 I recently sold a property in Heathcote which had been on the market for some time with another agent. Part of the reason the property didn’t sell the first time was certainly because of the momentary downturn in the market at the end of last year.

However, when I met with the owners to take over the campaign, we sat down and discussed the entire previous campaign with them to try to pinpoint why the property had not sold.

They had been getting a lot of feedback from family buyers who said that they didn’t think the property was suitable for young children.

When we re-launched the campaign, we took some additional photos of the lovely level grassed area at the front of the property which showed that there was indeed room for a trampoline or swing set, within eye line of the kitchen.

The owners told me that they had previously had a pool in the backyard, so I asked them for photos of the pool. When I saw the photos, it was a revelation – it was an aboveground pool which had been completely decked, and was located right next to the large entertainers’ balcony. I kept these photos out during all of the open homes, and made sure to point them out to all the buyers, explaining where the pool had been and how easy it was to monitor from the deck. Buyers were excited and inspired to see just what could be done in an area that looked at first to be almost unusable.

I also made sure to point out that there were child safety gates on all the stairways, and the park just three doors up the road.

Updating the marketing to feature the child friendly areas, and then really focussing on those things during open homes, meant that my team and I were able to sell the property for the owners’ ideal price, within three weeks of listing it.